Fundraising for Homeless Kids on November 3rd in San Francisco! About the Artists...... 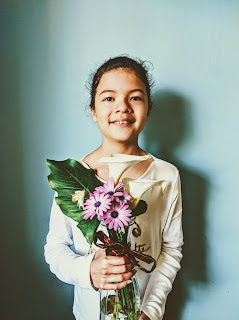 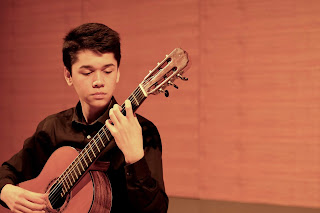 We asked our two young award-winning performers for November 3rd to send us bios and photos that we could share. Here is the delightful submission from Emilia:

She has participated in the 2017 Sonora Guitar Festival, 2019 Ben Verdery Maui Guitar Masterclass, and masterclasses with Jason Vieaux, Smaro Gregoriadou, Richard Savino, and David Leisner.  She is currently organizing a fundraising concert to protect birds in the Arctic Refuge from oil drilling.

In her spare time, if you want to call it that, because she is home-schooled, she enjoys reading, tinkering, crocheting, drawing, birdwatching, Halloween Decorating In The Middle Of February (no, not really!) and organizing her private library. Um. What am I forgetting? Spying!"

And here is what Conor sent us (he is already a seasoned performer on NFN concerts!):

Guitarist Conor Padmanabhan, age 16, was a prizewinner in the 2019 National YoungArts Foundation competition and was the first-place winner in the 2018 California statewide guitar competition of the American String Teachers Association. He was a finalist in the 2019 Mondavi Center Young Artists Competition and was a prizewinner in the 2019 Burlingame Music Club Competition, the 2016 Pacific Musical Society Competition, and numerous other competitions. Selected by audition, Conor has performed as a soloist in the annual Junior Bach Festival for seven consecutive years since 2013. Conor was a soloist on a 2017 concert marking the centennial of the San Francisco Conservatory of Music and on a 2016 concert in San Francisco celebrating the 60th birthday of guitar Professor David Tanenbaum.

Conor has performed as a soloist at the Presidio of San Francisco, Sacramento Guitar Society, the Davis Arts Center, and many other venues. He has opened for guitarist Cecilio Perera at the South Bay Guitar Society and was recently the first non-pianist to perform for the Steinway Society of the Bay Area. He regularly performs as a volunteer at a local assisted-living center and in benefit concerts. Conor is a student of Scott Cmiel at the San Francisco Conservatory of Music’s Pre-College Division, where he also performs in a guitar quartet and Baroque music ensemble. His first teacher was Jon Mendle. Outside the guitar, Conor attends high school in Palo Alto and serves as an academic tutor. He plays a guitar built by Glenn Canin in 2012.
---------------------------------------

Both Emilia and Conor study under Scott Cmiel in the Pre-Collegiate Division of SFCM.  As part of their activities there, they also perform in guitar ensembles, so these ensembles will be coming to join them in special closing pieces on the November 3rd concert.
They have all been working hard to help distribute flyers for this event so that we can raise as many donations as possible for their chosen beneficiary organization, the Homeless Children's Network (HCNKids.org)
It's a great media story as well:  gifted kids helping kids their same ages who just happen to be homeless.  Come support them!

Posted by donna stoering at 7:16 PM

Good music for a Good cause!